We visited Overgaard, AZ for four nights the last week of May. It was our first visit to this part of Arizona. You’ll see from the photos that it is beautiful country. We tend to think about Arizona with visions of Phoenix and the low desert – our mind sees a parched landscape with only cactus and scrub brush. But much of Arizona is not low desert – some is true alpine landscape – much is sub-alpine, like Overgaard, with Cedars and Pinyon and Ponderosa pine at elevations of 6,500 to 8,000 feet.

The Mogollon Rim marks the southern edge of part of the Colorado Plateau. The Plateau is a large area of high desert and sub-alpine landscape that covers large areas of Utah, Arizona, Colorado and New Mexico in the 4 corners area of those states. The Mogollon Rim extends from the Sedona, AZ area east through Overgaard and extends 200 miles nearly to the New Mexico border. The elevation drops south from the rim, eventually to the low desert floor which can be as low as Phoenix at just over 1,000 ft. The rim is often rocky and cliff-like in this area. The sky was hazy and not the best for photos on Tuesday morning (our first morning there), but still they give a sense of the vastness of the views and the beauty of the forest in the surrounding area.

We spent the first morning driving and hiking along the Rim Road west of Overgaard which follows the Mogollon rim for a few miles. It was beautiful views looking out over the landscape below as it drops to the low desert floor miles in the distance. 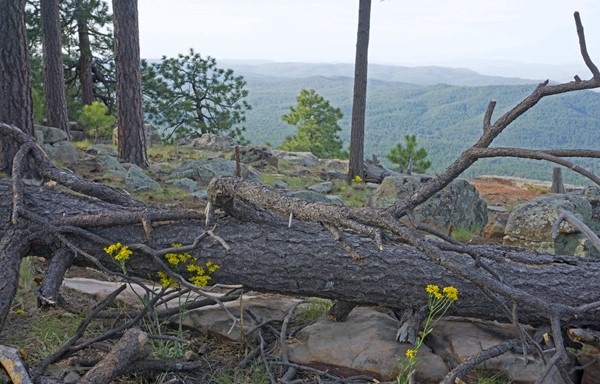 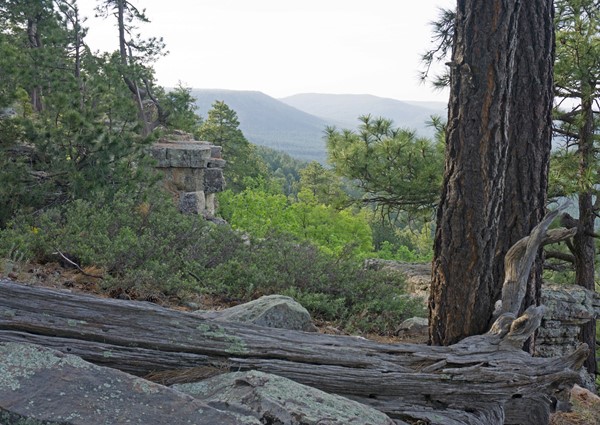 We met up with Phil & Rene’ Thompson after the drive and hike and went out to breakfast with them. Phil was minister at our Church of Christ congregation in Grand Junction during the 1980s. Our families were great friends then and it was a special blessing to spend much time with them during the 3 days in Overgaard. Breakfast was at June’s Café. 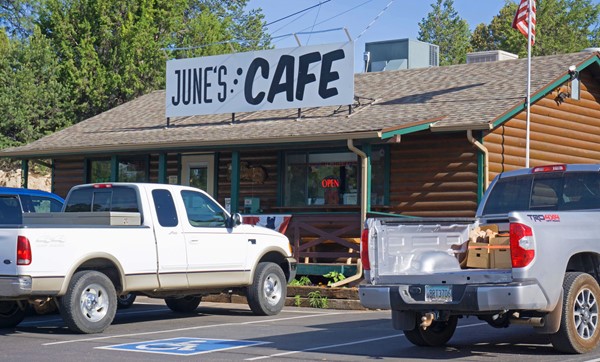 It doesn’t look like much, does it. They have really good food – it’s a tiny place that is packed with people much of the time. If you are in Overgaard for breakfast someday, you should stop in and have something with chorizo. It might be the best chorizo anywhere – tender with not any chewy gristle – red chile hot – but not brash or caustic – just perfect joined up with some eggs and potatoes.

On Wednesday, we drove down off the rim with Phil and Rene to Payson, 50 or so miles away. Nice little town with lots of shops – thrift and antique shops galore. Darlene added to her Irish coffee mug and Coke bottle collection.

Thursday, we drove down and explored the historical sites in Black Canyon which starts in Heber, the adjoining sister city of Overgaard – the canyon drops down off the Rim in almost valley like fashion – it’s historic ranch country set in the Ponderosa Pine landscape. There are some 800-year-old Indian ruins remains, including pictograph drawings on overhanging rock ledges which we walked to. I posed Darlene and Phil behind remains of a room divider wall where several dwellings once existed under a large overhanging rock. The first picture of the colored pictograph gecko was taken on the underside of the rock overhang which served as the roof of these dwellings. The second picture of a large group of drawings was taken at a different location down the road. The second picture of drawings was taken from a vantage point up a trail meant for mountain goats – my body doesn’t do mountain goat trails well any more. 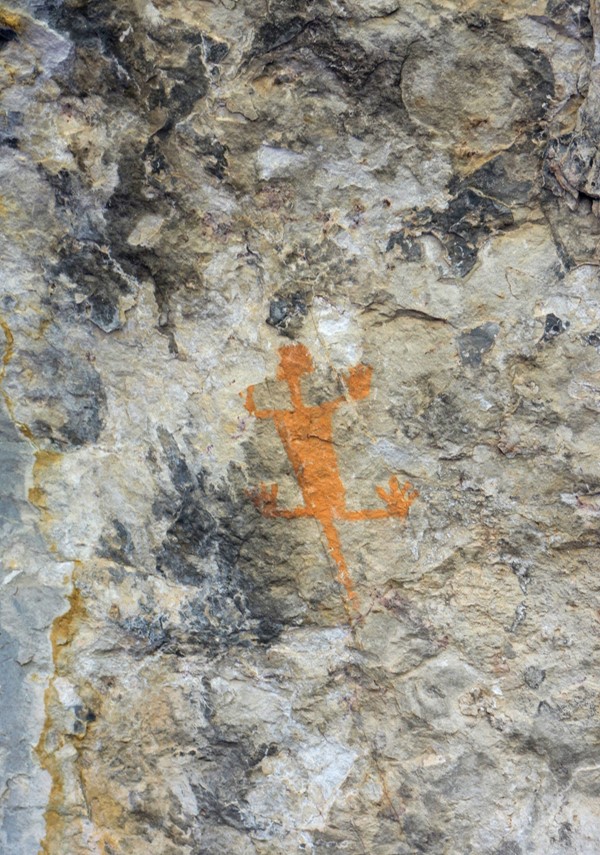 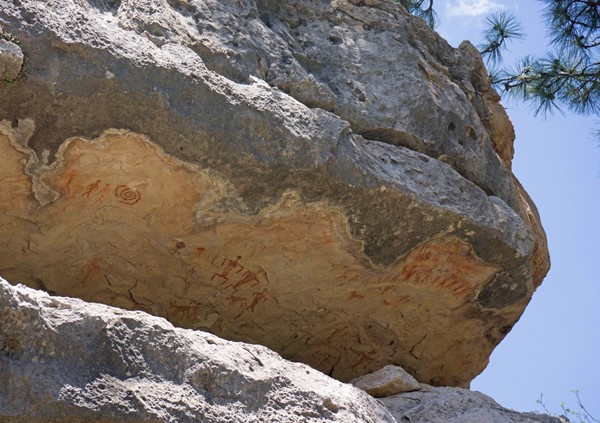 After a late lunch on Thursday we sat in the living room at the timeshare – I hooked up the computer Bible program to the wide screen TV and I picked Phil and Rene’s brains on the occurrence of the phrase “heavenly realms” that is used 5 times in the short letter to the Ephesians. I especially wanted to know what they thought about the use of it in chapter 6, “Our struggle is not against flesh and blood, … but against the spiritual forces of evil in the heavenly realms.” They are the best of Bible students – we talked several hours – 30 years ago they always helped me think clearly about my Bible study – 30 years later they’re smarter and more helpful than ever. Their friendship, even though interrupted for 30 years, is a treasure for me.

Friday, we headed home, back across Highway 60 through Pie Town and past the Very Large Array. It was a good trip – the 4 nights and 3 days in Overgaard and the 2 travel days – I expect we’ll revisit Mogollon Rim country one day, and we’ll especially try to join up with Phil and Rene’ regularly.