It was a weekend when love took center stage in Grand Junction, CO. We spent three evenings and two days with two families and friends gathered together enjoying each other’s company anticipating and then celebrating the marriage of our granddaughter Ashley to Matt Buniger. Matt and Ashley said the traditional vows of commitment to each other – for better or for worse, until death do us part. We live in a time when words of commitment often skew to a focus on self and become measured in terms of the right to personal happiness and fulfilment in a relationship. Love is very different from that – love doesn’t have focus on self. For nearly two years I’ve only seen love between Ashley and Matt when I’ve been around – I’ve watched closely. May love abound in their lives as the years pass and may each of them focus their care and concern on the other and on little Maddie and hopefully some other little ones to come along. We had a wonderful start to that life this last weekend. The time together with family and the ceremony were pure joy for me. The joy still fills me a couple days after arriving back home. 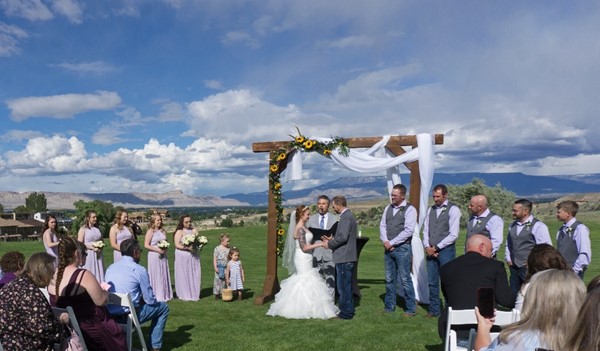 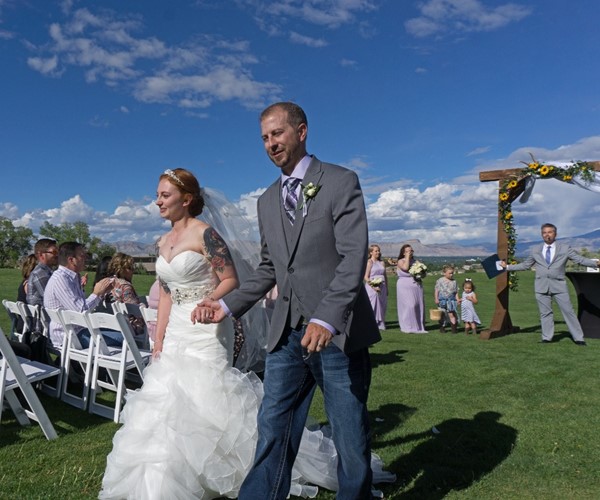 We drove to Grand Junction, CO on Thursday to attend our granddaughter, Ashley’s wedding and our grandson, David’s Lineman School graduation from Colorado Mesa University. It is a 400+ mile drive that we make several times a year to spend time with our youngest son, Matthew and four grandchildren and one great-granddaughter. We were there last at New Years. I always enjoy the drive. The first 200 miles is mostly New Mexico high desert with its mix of mountains, buttes and arroyos covered in sage, juniper and Pinyon. The drive crosses into Colorado near Durango and then up over 3 separate mountain passes which approach 11,000 ft. elevation. The road is twisty and narrow in many places with huge drop-offs, often without guard rails. The mountain peaks are spectacular with an aspen and pine mix to timberline with the jagged peaks rising to 12,000 ft and beyond. The historic mining town of Silverton sits in one of the mountain valleys and as the drive through the mountain passes are completed the road drops into the historic town of Ouray with its hot springs. The final 120 miles is grass rangeland to Montrose and then changing to high desert the remaining 60 miles to Grand Junction. We saw two herds of elk grazing in the grasslands on this trip – there are cattle everywhere between Ouray and Montrose. Some people don’t like the high desert miles of the trip, but I find it all picturesque. The mixed landscapes included in the drive are one’s people think about when they think of the West.

Grandson, David graduated from high school one year ago and entered a highly regarded technical program offered by Colorado Mesa University in the field of electrical linemen. He did well and there will be good job opportunities for him with the training. The graduation and awarding of the certificate are held with the rest of the University graduates. You can see the caps and gowns – forgot to take the telephoto lens, so this blown-up photo of him entering with the other graduates is the best one I got. David is the one with the dark glasses, white shirt collar, and the pretty girl looking at him.

David’s graduation was Saturday morning and then Ashley’s wedding was Saturday evening at 5:00 PM. Our son, Matthew’s house was full Thursday evening with family and friends with pizza ordered in and then again Friday evening after the wedding rehearsal with our family and also the family of the groom, Matt Buniger. Our son, Matthew smoked a couple of pork butts all day Friday – the eating was good – the partying was joyous.

The bride off in the Limo Saturday afternoon to get dressed.

A couple hours later we’re loaded up and off to the wedding. 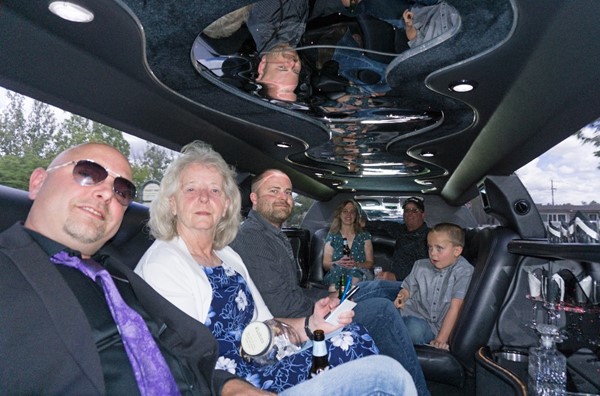 Matt and his groomsmen and the father of the bride before the wedding.

It had been mostly cloudy and a little too cool and too breezy all day before the wedding. But as it came time for the ceremony the sun came out and the breeze died down and look at that incredible Colorado sky. 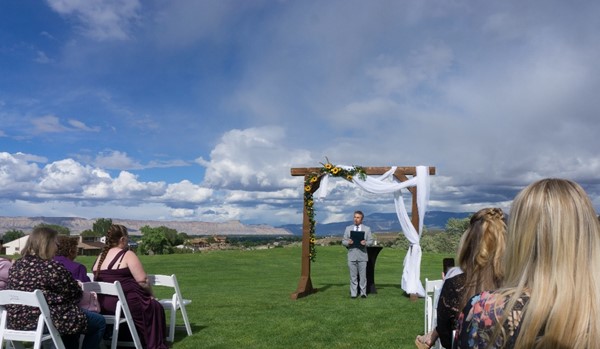 Ashley and the father of the bride. Isn’t she beautiful? 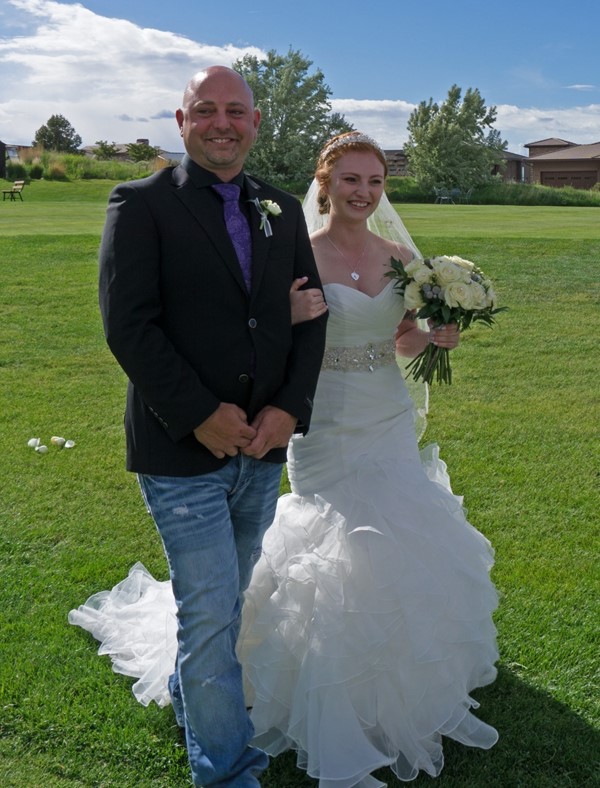 Picture taking after the ceremony. Don’t drop her!

The bride and father dance. Ashley and her Dad both with some tears – the cameraman had some too. 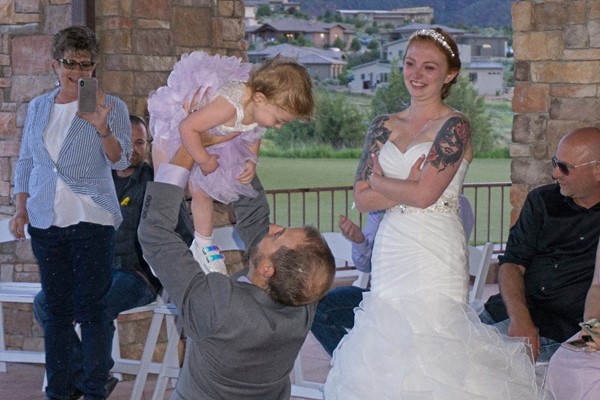 The oldest person at the ceremony and his lovely wife make their entrance – am not sure why we weren’t arm in arm – we weren’t mad at each other. We also won the longest-married couple award on the dance floor later on. Our new grandson-in-law forced us on to the dance floor – Matt said to us – all you have to do is stand there and you’re the winners – lol.

The mother of the bride, Crystal, walked in by Matt.

It’s not the branch of the family we’re celebrating with a wedding this weekend, but here’s four generations.